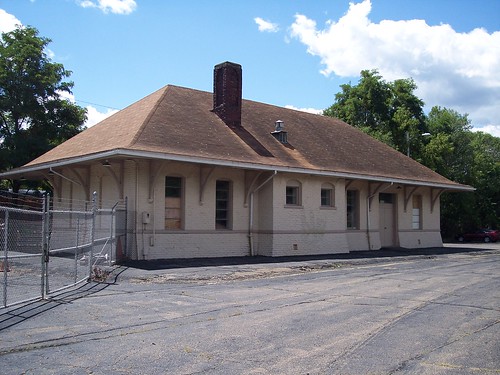 This was actually the former Lackawanna station in Corning, but the Erie tracks also passed the station. Still a treat to board a train here. 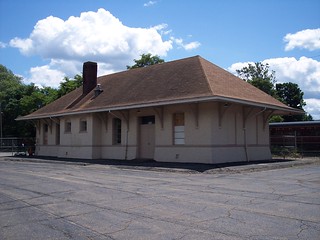 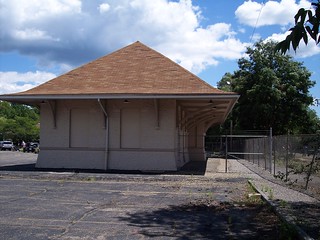 Some of the old platform survives on the track side of the station. 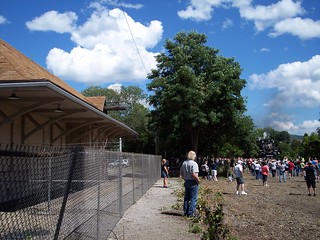 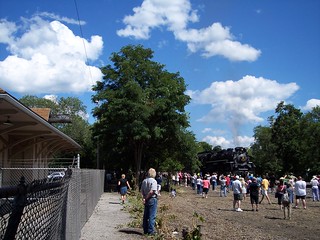 Our train pulls into the station. The Lackawanna tracks were in the area where the people are standing. 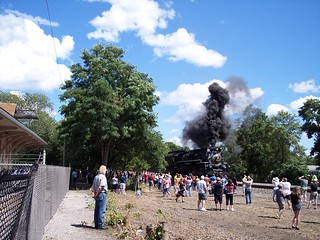 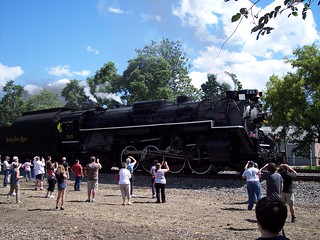 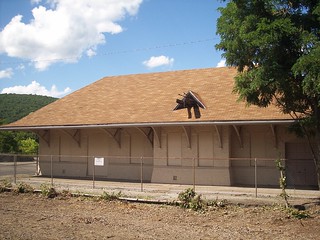 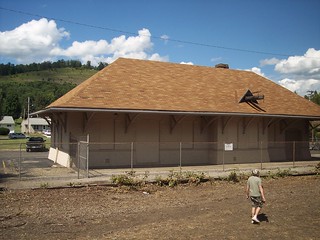 The track side of the old Lackawanna station. 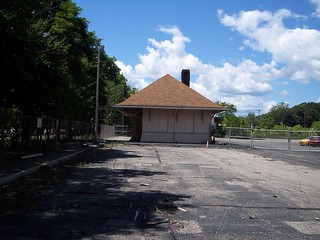 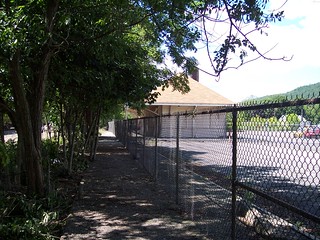 More shots of the old platform, now quite a distance from the tracks. 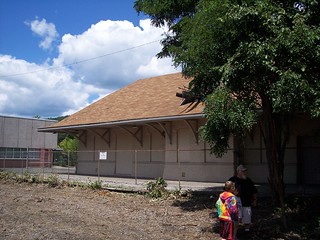 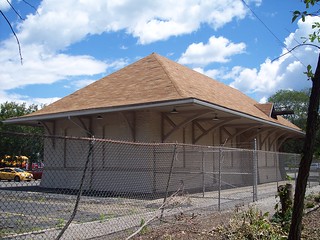 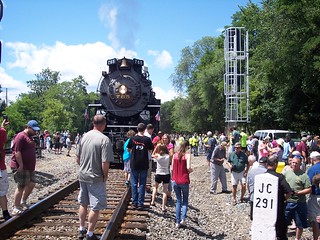 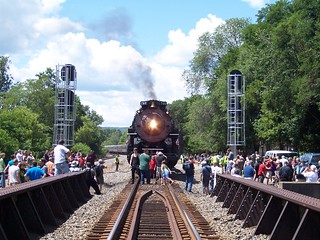 291 miles to Jersey City. While I normally avoid standing on tracks to take pictures, I figured in this case I'd have significantly more time to move than those people in front of me. 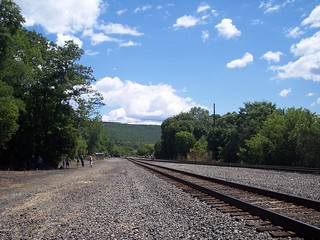 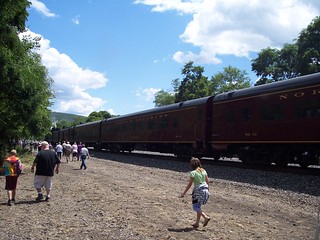 Looking east down the tracks, the former Erie station was on the right side of the tracks in that clearing in the distance. 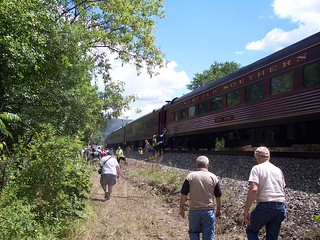 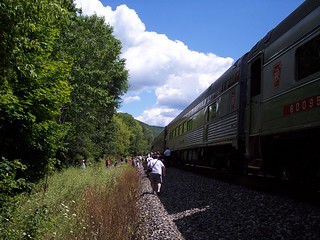 Getting to the station was a little challenging. 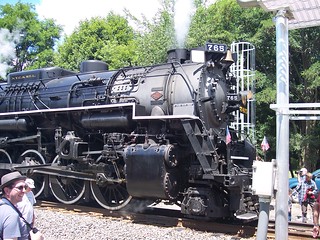 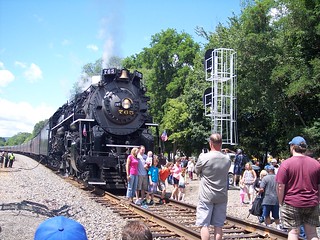 The light in Corning was much better than in Buffalo for photographing the locomotive. 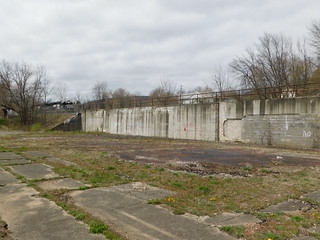 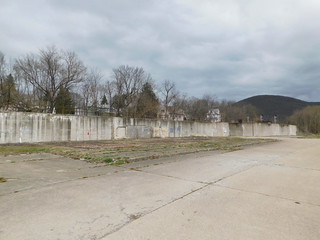 The site of the former Erie Railroad station. 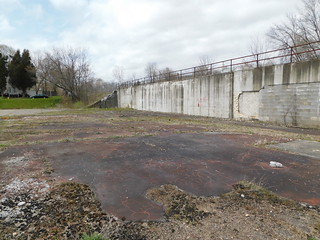 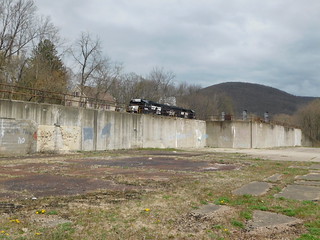 A tunnel led from the station to the platforms. 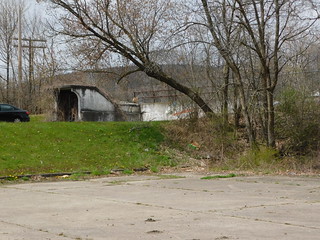 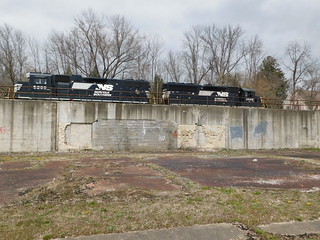 If you have any questions / comments / corrections for this website or find a broken link, please e-mail me.